Corinna Schürmann: "I and I––development of self-identity in twins"

Corinna Schürmann: "I and I––development of self-identity in twins" 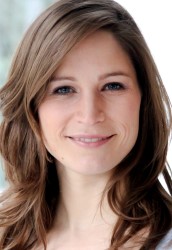 Which is Luise and which is Lotte, and why can't even the parents distinguish from the famous double Lottchen? The similarity of twins makes for some confusion in the classroom or among friends. However, it is often very difficult for (monozygotic) twins or multiple births, in return, to intrapsychically clearly distinguish themselves from others and to carry out their own independent ego development.

Twins, in their formation are exposed to a special development. Depending on the particular characteristic of the twin, they experience a symbiotic time. Often they initially share uniqueness and then separate during the course of development.

What affects does the closeness in the womb and in the development; the external and internal similarity or dissimilarity as well as the reactions of the environment on the ego development have on twins - especially under traumatic conditions? Which development tasks do twins have to cope with additionally and to what extent does society, the school system and educational myths prevent or hinder the development of an independent “I” function in twins?

In this workshop, theoretical considerations on twin development in connection with the theory of “I” development and “I” function are set. In addition to the theoretical pulses there should be time for mutual exchange and a constellation.

Practice in Hamburg
www.trauma-nord.de
This email address is being protected from spambots. You need JavaScript enabled to view it.
+49 176 30626129