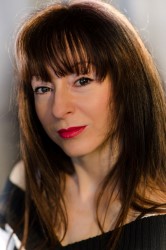 When the body fights against us: The autoimmune diseases

As a rule, our immune system is the one who protects us against aggressive agents from outside and it protects our own tissues, therefore avoiding the damage of the tissues. However, sometimes, the immune system stops recognizing what is personal and it starts producing autoantibodies that attack the normal cells, tissues and organs, with a series of health consequences.

Autoimmune disease are disorders caused by an inadequate answer of the immune system which starts attacking exactly what it must defend: its own body, its own tissue to be more specific, as if it stops recognize them as being “self”. Why it attacks when it only needs to defend? Doctors do not know the causes of this immune system confusion, although what is known is that the expression of these autoantibodies increases after some inciting events such as infection or tissue damage.

As I have seen so far with the Intention Method, there is a perpetrator-victim dynamic involved, where the autoimmune disease represents a trauma part, manifesting the trauma feelings which are not understood neither felt by the client, there is a lack of empathy in front of his own sufferance and in the worst cases this trauma part is not even seen. There is a ‘self” considered ‘non-self’ by the other parts: “This sufferance is not mine.”

I will facilitate one constellation and we will have the opportunity to see more clearly the causes and the dynamic behind the autoimmune diseases.

Maria-Magdalena Macarenco, was born in 1976, she works in Constanta and Bucharest (Romania). She is a clinical psychologist and EMDR accredited therapist, with 16 years’ experience in the army and in her private practice. Specialized in psychotrauma and PTSD, trained in EMDR (Richard Mitchell, 2012-2013), systemic constellations (Jutta ten Herkel, 2012-2013), Multigenerational Psychotraumatology (prof. Franz Ruppert, 2013-2015) and Identity Oriented Psychotherapy (prof. Franz Ruppert, 2015-2017). Since 2013, she offers constellations seminars using prof. Ruppert method and trainings about psychotrauma.

www.psiholog-macarenco.ro
This email address is being protected from spambots. You need JavaScript enabled to view it.